❗ This post is over ten years old. It may no longer be up to date. Opinions may have changed.

I'm a fervent Magic the Gathering player. If you do not know what magic is, scroll down for an explanation. I play it a lot in my free time, and I participate in bootserdrafts and casual tournaments here locally. I've developed a program to keep the life in a 2 player game. It's called MagicProg. It will also work for TGC's like pokemon, yu-gi-oh, WoW TCG or any other TGC. And it has a note area. 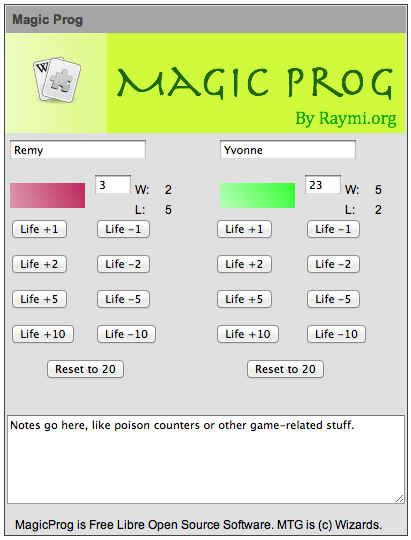 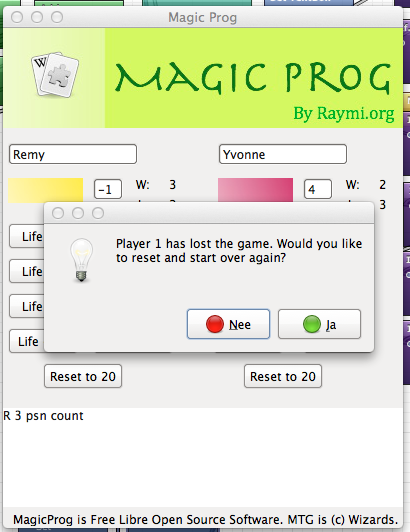 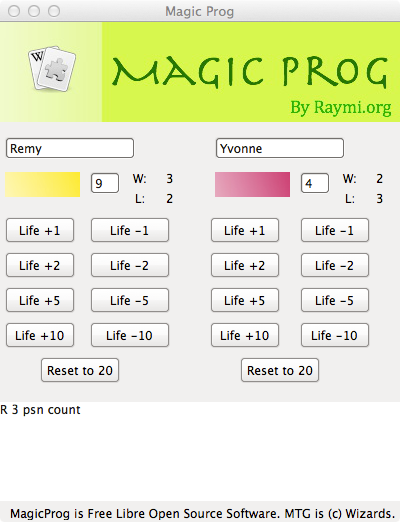 As the screenshots shows:

MagicProg was made with Illumination Software Creator. The only cross- platform (win/mac/lin/html5/ipad/iphone/android/maemo) visual software creator. No code required, works like a charm. I've also written Terrible Start, NurseCalc Infuus and NurseCalc o2 with it. The creator of ISC is also the host of the Linux Action Show (Bryan Lunduke). Check it out and buy it!