Multiple passwords for one user, UIC uniqueness and the system password on OpenVMS 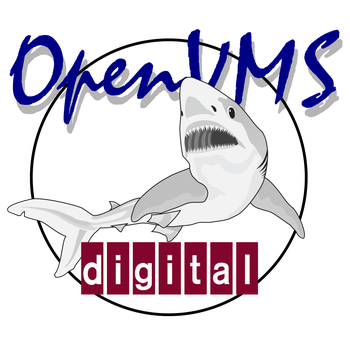 In the book I bought about OpenVMS for this article on filesystems, Getting Started with OpenVMS by M. Duffy, I've read a few interesting things in the chapter that introduces user accounts and system login. Namely that a user can have multiple passwords, that user ID's are not unique and that there can be a system password. This article goes in to those three topics.


Add a new user to experiment on

For this article I added a new test user on my OpenVMS 8.4 install. It has the same privileges as the system user so be carefull with it. Change the root device and directory if needed:

Create the home folder for the user and set permissons:

Login as your new user and change the password (which is TEMP):

Try to create a file and see if you setup the folder and permissions correctly:

Do note that OpenVMS passwords are case-insensitive. Read here for more information, there is a flag you can toggle to make passwords case sensitive.

After adding the user and trying to login I got a licensing error:

It also spammed the terminal with AUDIT server logs:

Somehow all my licenses disappeared:

After re-adding my hobbyist license it still did not work. I had to add the hostname (REMY1) for the error to go away:

After which all was well and I could login with the new user:

Unsure why this happens. Now let's get on to the exciting stuff.

Your system manager may create user accounts that require zero, one, or two passwords, but accounts with one password are the norm.

The text above already gives an example and I can imagine a few more. Take two users of different functions in the organization, say a programmer and a director. If the sysadmins are not available (hit by a bus, holiday) these two users can gain access to a special account to do maintenance. In other operating systems you can achieve this by giving either one a part of the password. The OpenVMS way feels more thought out since you can check which accounts require secondary passwords and the different password attempts are logged as well.

To set up a secondary password, open the AUTHORIZATION program and use MODIFY.

When the user logs in now, it will require one password and the user has to change that after first login.

You can read more on the AUTHORIZE program here.

User ID's (UIC) are not unique

The second interesting point I want to show and talk about is the UIC uniqueness. Linux has the UID and GID, OpenVMS combines them into one number. A UIC consists of: GROUP,MEMBER and has the form of [200,201]. Group ID 200, User (member) ID 201. System users have a UID below 10 (by default). UIC codes can be both numeric as in these examples as well as alphanumeric ([WELDING,JACK]).

UICs Are Not Necessarily Unique It is important to note that a UIC does not necessarily identify one particular user. It is possible for the system manager to assign the same UIC to two or more user accounts. It is also possible to reuse a UIC previously assigned to a user account that has been deleted.

File protection (not ACL's) relies on User Identification Codes, thus a system manager can choose to create a user with the same UIC as another user. (Not the same username though). This way one account that is not a privileged account can access the files of another user without special permissions, since for the system it is the same UIC.

You might use this when someone is away for a longer period, or when a user is replaced by someone else. In Linux systems, the UID is recommended to be unique, but it is not required. In my experience however it gives more problems than solutions and using groups, SElinux or ACL's will fix your problem better.

I cover this because as far as I know now, in OpenVMS, the file protection bits are exclusively looking at the UIC. I'm not sure how that is on a linux system.

Earlier in the article we created a new user with the UIC [200,201]. Let's create an example file and make that not accessible for other users:

Change it so that the group to which the user belongs (201) also cannot access the file:

Now create another user with a different UIC to test the rights. Make sure it has no system permissions otherwise it will still be able to access the file.

Login as that user (REMY2) and check if you can access that file. It should fail:

Cool. Now, as the system user, run AUTHORIZE and change the UIC code of this second user. Note, don't do this on a live system since it can have unwanted side-effects (namely permission errors for all your users files).

Disregard the error, check with SHOW REMY2 to see the actual change:

Log back in as that user (REMY2). The file of the different user with the same UIC (REMY) should be readable now:

As well as the home folder of the user:

However, as stated above, you won't be able to view your own files and folders anymore, since your UIC changed:

The last of the interesting bits I want to discuss is the system password.

Chapter 5, logging in and out of the system, the login sequence states:

Some OpenVMS systems have a system password enabled. This is a rarely used, extra security feature. Such systems require you to type a password, which will not be displayed, even before presenting you with a Username: prompt. You will have no indication that anything at all is happening until the system password is accepted.

The System password controls access to particular terminals and is required at the discretion of the security administrator. System passwords are usually necessary to control access to terminals that might be targets for unauthorized use, such as dialup and public terminal lines.

Then on a terminal where you want to require the system password, execute this command:

You can use the SHOW TERM command to check if the password is active. Look for Syspassword.

[The documentation [states that you can require this for remote logins, but I have trouble getting [the networking part working, due to issues with Windows 10. No way for me to [test that yet.

This is a GIF I recorded with the Windows On Screen Keyboard to show that the system password is required before being able to do anything: