How often do you read articles that state that people have replaced their main computer with an iPad and are fully content? Now, how many of those articles just use a linux server (vps) somewhere with some native apps, but mostly SSH to that server? Well, what if I told you that you can run a full blown IDE, the best IDE for C++ there is, CLion by JetBrains, on Android? Including compiling, just native GCC, CMake, GDB and all the stuff you are used to? Just for fun I've installed CLion on an old Samsung Tab S2 I had lying around, using Ubuntu in a chroot. It works way better than I'd expected, with a Bluetooth keyboard and mouse it's almost as if your on a desktop. I wonder if you could run Android Studio and use the tablet to compile app's for itself. This article shows some photo's, including a mechanical keyboard, different window managers and had instructions to replicate this setup. 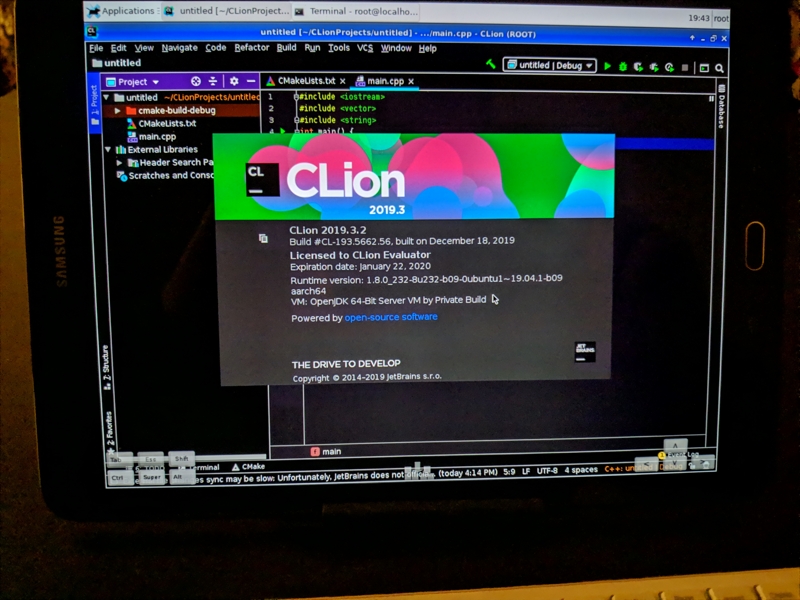 At my job I use CLion as my editor of choice. All of our C++ (embedded) developers do, with one or two that prefer a different tool (nano). At home I use it as well for my training, the codewars kata's I often do and sometimes write about.

However, it's not always possible to use such a big bulky workstation. What if you want a more mobile setup? Maybe a laptop suits your needs, but what if you could use one of those old tablets you probably have in a drawer gathering dust?

I get about 6 hours of battery life, so even that is better than I expected of such an old device running Jetbrains resource hungry software.

Since CLion is Java software, I thought, lets try to get it up and running on one of my older tablets. I also had a bluetooth keyboard lying around, perfect combo for some development on the couch, or in the train.

With a powerbank and a USB-OTG cable, I could even use my CODE keyboard:

Who doens't want that on the train every day riding to work?

By using a chroot environment, one can install just about any modern linux distro via an easy to use GUI app on Android, no root required. Copy and paste a few commands into Termux, start the VNC server and connect with a VNC app, bVNC is open source as well and you're in your Linux distro of choice.

The easy way is to use an app like AnLinux or Andronix. The latter one, Andronix, will ask for money to use some of the app's features. You don't need to pay for a basic Ubuntu installation.

The first, AnLinux is open source and a bit more spartan, but works just fine. It even offers IceWM as an easy option. IceWM is my favorite legacy window manager, and on a tablet in a chroot, it uses almost no resources (storage/ram). We all know that jetbrains IDE's use all resources they can get and then some.

For my first attempt, I used Andronix. Works, installs XFCE, but the default setup is a bit off. Icons are missing, firefox gives a segfault, I was unable to run as a non-root user and more of those minor annoyances. The distro is more recent though, they provide Ubuntu 19.10. 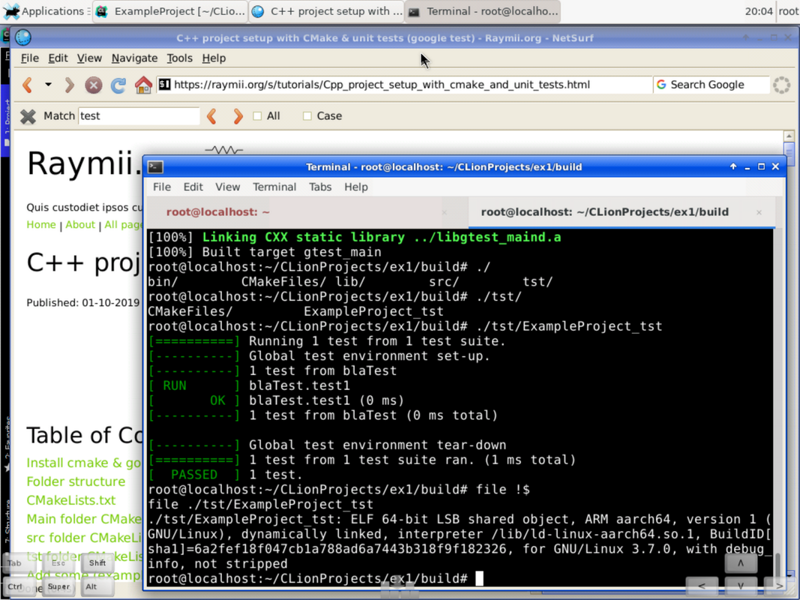 For my second and latter attempts, I used AnLinux. It offers Ubuntu 18.04, but next to XFCE they also have IceWM, which I like. Here's a screenshot of CLion and IceWM via AnLinux: 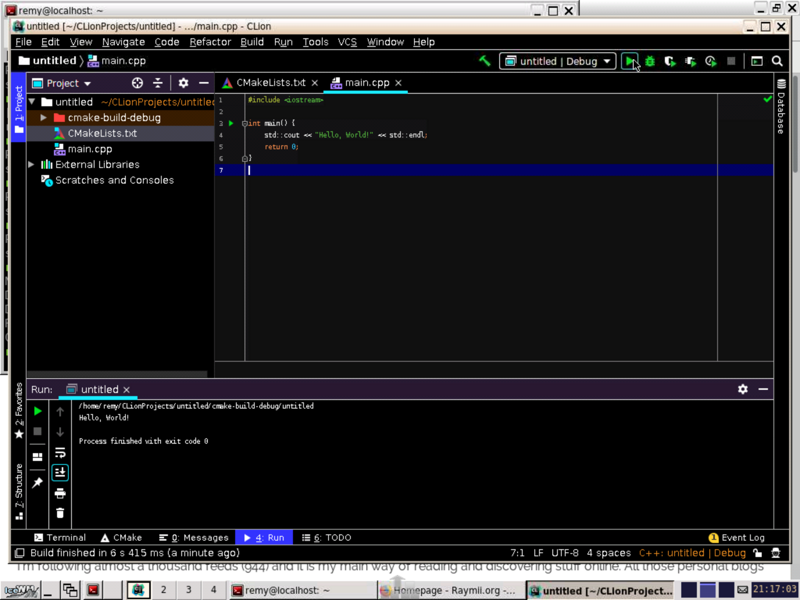 My preference would go to Anlinux due to the less intrusive application and all the source code being available. Andronix looks like a shady site, incomplete documentation, pushing their premium version and their paid modded OS versions.

You can setup your own chroot on Android. Back when I had my first android phone, the very first HTC G1 (or HTC Dream outside of T-Mobile), I already ran a desktop environment via the chroot way. Boy was I proud to have OpenOffice running on my small phone screen.

The Debian Wiki has a bunch of information and a guide for a manual chroot. Debian should work just as well as Ubuntu for CLion.

Once you have Ubuntu installed and are up and running with your GUI, you need to use the package manager to install the development tools. The bundled CLion versions won't work due to the different architecture. Fire up termux or another terminal, enter the chroot/vnc and install the basics:

Do note that not everything will work correctly due to being started in a chroot. Anything related to systemd will fail since systemd can only run as PID1 (not in a chroot). There is also no /proc/ by default, so ps auxf and top won't work.

For our purposes of just running CLion and a browser to do codewars kata's that aren't major problems.

You should now consider adding a regular user. You can run everything as root, but it's less secure.

There will be some questions on user information and a password. Stop the VNC server and restart (via Termux) as the newly created user, for example:

Once you've installed the packages, go ahead and download the clion tar.gz file. Via their Other Versions page you avoid having to enter your email address.

Fire up clion via their script:

The magical fancy splash screen should now greet you: 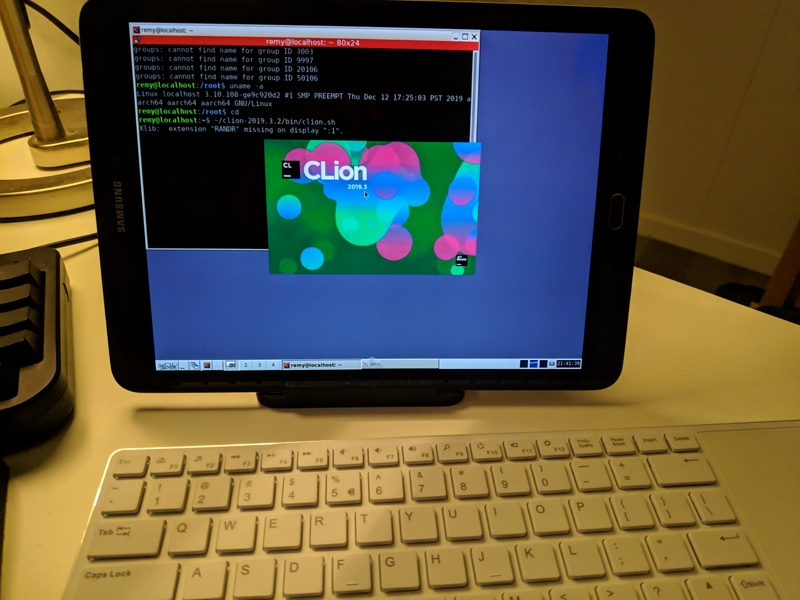 You might wonder what kind of binaries are compiled. In my case, for this tablet's ARM specific architecture:

If you've installed GDB you can use it via CLion to debug like you are used to, breakpoints, watches, the whole shebang: 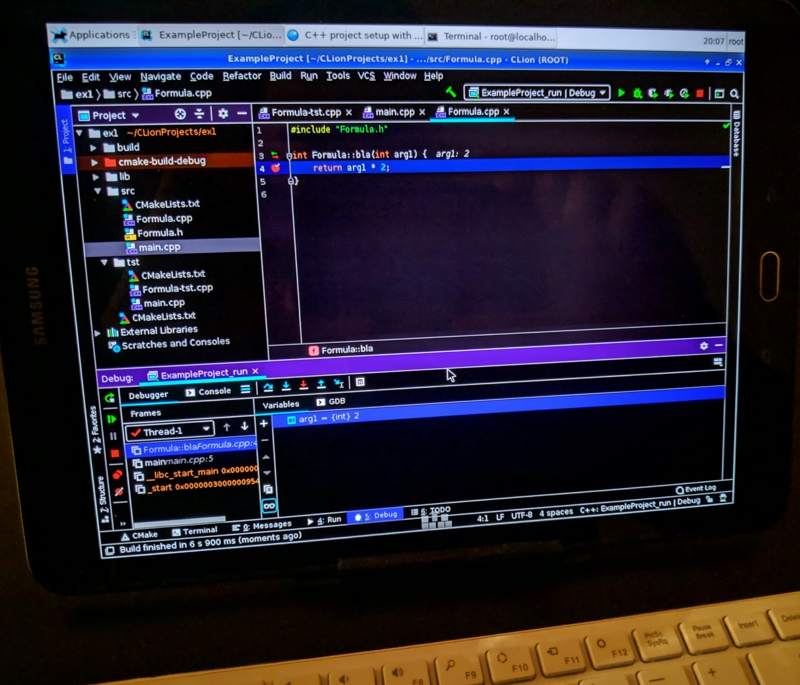 Even GoogleTest and my layout for CMake projects works without any problems.